You may have noticed that there is a ‘new’ book on my Author Page.  An all new book, with the same title as the old one.  What’s that all about, then?

It’s been an eventful few weeks since Christmas. To say the least.

You see, my first novel, Into The Woods, was in dire need of editing.  I knew this, of course, but only in a vague sort of way. I was brand new to the authoring game and greener than the grass in the next field.  I’d written the book, had fun writing it and, so I did not chicken out of publishing it again, I literally typed the final sentence and uploaded it to Kindle.

It was both brave and stupid, in hindsight. Ah, hindsight, you beautiful beast, you.

So it’s edited, with the assistance of an amazing man, Sam Flaco.  Of course, this means that The Call of The Dark will also have a complete do-over, but now, oddly, I am looking forward to the process.  It’s fun.

It was a leap into the unknown, when I hit that PUBLISH button.  Luckily for me, most people I have encountered have been nothing short of lovely.  I don’t mean a little bit nice, either.  I mean welcoming me into the fold with open arms, guiding me in the right direction, helping me when I got stuck.  All that and more.

I was able to get invaluable feedback.  Most people, knowing it was a first book, were constructive.  Some were not.  The ones who weren’t, well…it took a few weeks to realise that not everyone in the world is nice; that some people just enjoy hurting other people.  No, I don’t mean they gave a bad review.  Bad reviews come with the job, so they were expected.  I mean the people who thought they were clever in directly contacting me to pull my work apart.  The ones who have not grown past senior school (maybe they are still there) and think being mean is fun.

A heads-up.  It’s not as funny as they think it is.  It truly does hurt to have to be the victim of someone else’s ‘cleverness’.  To have to look at a deliberately evil ‘critique’ and be expected to be able to shrug it off takes a thick skin, a few tears and a fair amount of Pinot Grigio…

Most people, however, showed what beautiful souls there are out there in the world.  One reviewer was in contact with me for the three days it took him to read Into The Woods to point out my typos and errors.  He made my day. (well, night, really—he’s in the USA and I’m in England.  Our conversations happened at about 3am for me, but it was still great.)

Anyway, this brings me to the importance of editing.  A lot of the mistakes I made were avoidable.  They would never have been printed, had I taken the time to ‘sit’ on the manuscript for a few weeks, read through it, be critical and, crucially, check the bloody thing over for errors.

The new Edited edition of Into The Woods is miles away from that first, unlooked at, manuscript that was uploaded to the world in a leap of faith.  I will always treasure the first edition, though.  I can look at it, see its mistakes and learn from them.  It is that manuscript that, in spite of the bed reviews, gave me the courage to keep writing and keep learning.

It can be picked up for free here:  for the next few weeks.  All of you who took the time to read the first ever novel of a brand new author, I thank you.  Please accept the Edited Edition with love.  If you can take the time to review it, that would be marvellous.

As for me, would I go back and edit first, had I known?  That’s harder to answer than you might think.  Yes, it would have meant that I would have had a polished manuscript, but I wouldn’t have learned half as much as I have.  I would still have a thin skin—but for an unedited manuscript, I think the stupidity and bravery paid off.  It gave me confidence.  It made me friends.  And people enjoyed it, despite its failings.

That, above all else, has to be the most important thing to remember.

Thank you to Jay Aheer for the fantastic new cover! 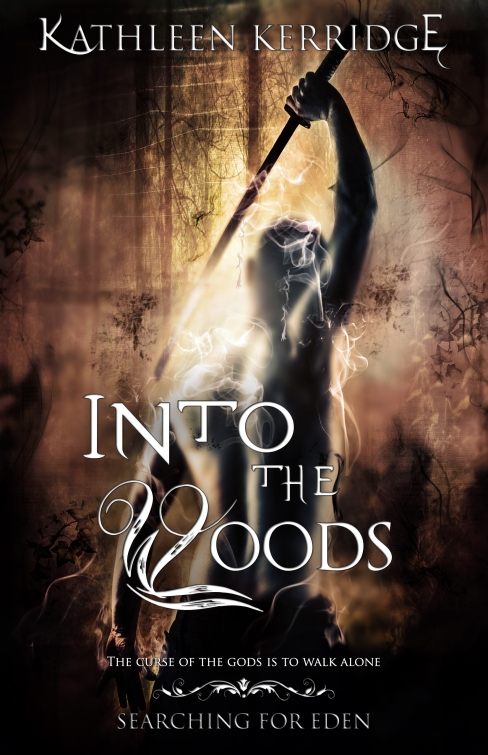